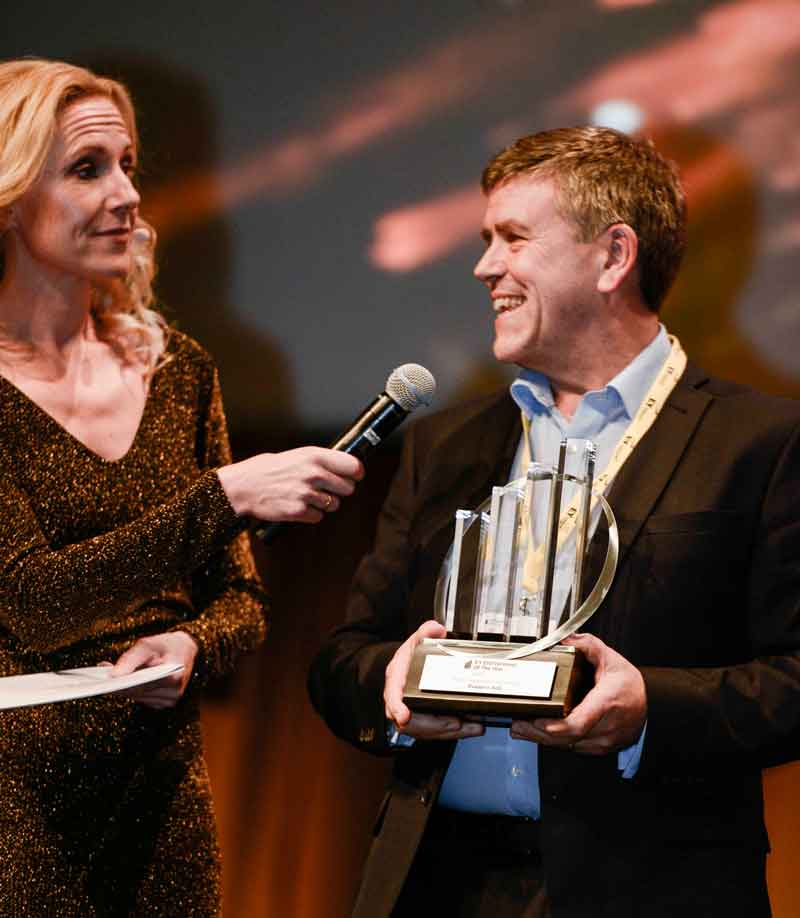 As the Reapplix team proudly received the prestigious EY Entrepreneur Of The Year award in the Life Sciences category at the annual gala event in Copenhagen, Denmark on November 29, 2018, the jury emphasised the big market potential and innovative approach to wound healing deployed by Reapplix:

“Supported by their recognised investors Novo Seeds, The Danish Growth Fund (Vækstfonden) and Seed Capital, Reapplix is now preparing for commercialisation in large markets with a huge demand for innovative approaches to wound healing,” says Christian Schwenn Johansen, Partner in EY and responsible for the Life Science category.

Graeme Brookes, CEO of Reapplix, continues: “It’s a great honour to win this award and a recognition of our innovative wound healing technology that has been shown to help patients with non-healing wounds. We are in the midst of preparing a broader commercialisation of 3C Patch®, and this prize is very motivating as we move forward with our exciting plans.”

3C Patch® is manufactured using only the patient’s own blood and placed directly on the hard to heal wound. Recently, the positive results of a randomised, controlled trial with 3C Patch® were published in The Lancet Diabetes & Endocrinology. 3C Patch® is based on a novel idea of utilising the wound healing effects found in blood components – including leukocytes, platelets and growth factors – that people with long term diabetes, due to many years of disease, lack the ability to exploit due to impaired blood flow to their feet.

Reapplix is a Danish medtech company, founded in 2008 by Niels Erik Holm and Rasmus Lundquist. Reapplix’s core technology is based on the development of blood-based treatments for patients. The company’s first patented product is LeucoPatch® for the treatment of diabetic foot ulcers. Reapplix is a privately-held company backed by three leading Danish investors, SEED Capital, Novo Seeds and Vækstfonden (The Danish Growth Fund), and has been supported by Markedsmodningsfonden.